Gifting Your Assets to Family or Friends 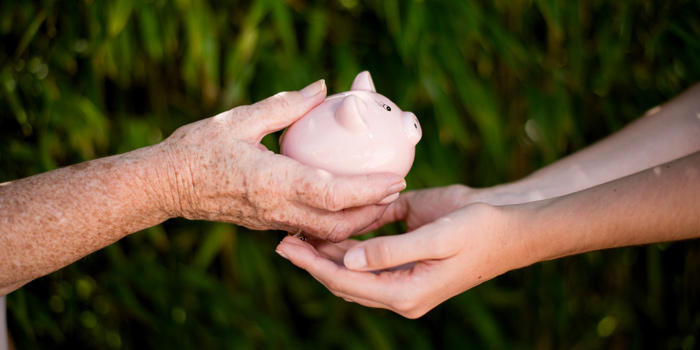 Some people are blessed with the opportunity to share some of their accumulated wealth with younger family members.  Unfortunately, Uncle Sam always has his greedy little hands out to spoil the enjoyment.  Fortunately, the rules have become much more liberal and easier with which to comply.

Yes, the government really taxes the money you give away to your family or friends.  You won’t be taxed on the $100 bill you slipped into your grandchild’s birthday card or the $650 to buy a replacement washing machine for a friend in need.  In fact, you can give away up to $16,000 per recipient without triggering a tax.  If you represent one half of a couple, that amount can legally double.  The $16,000 amount can change in future tax years, but has been steadily moving up.

If your gift needs to be above that amount, there may be a good reason to pay the tax anyway.  For example, if you want to pass a large asset such as a family business to the next generation to own and manage.  Another reason might be to help a child buy a home.

Current rules make it hard to argue that a transfer should be delayed only for tax reasons if not doing so achieves a larger family goal.  The gift exemption is as large as it has ever been, and rates are relatively low.  Skilled advisors can help minimize the tax consequences.  Potentially saving future taxes by decreasing the size of your estate may be an acceptable tradeoff.

One caveat: If given as a gift, the gift is valued at its current value not its original basis.  For example, a building for which the original owner (presumably you in this example) paid $100,000 in 1972.  Fifty years later its market-value is $2,000,000, the recipient is on the hook for a capital gain of $1.9 million and you have a gift tax bill.  If that same building is inherited by the same recipient upon your death, the taxable basis is only the original $100,000 cost.

Of course, the tax laws may change before it is an issue, but it is a strategy to be discussed with an advisor.  The planning of large gifts from you estate requires strategy, planning and a bit of speculation about what future tax laws will be.